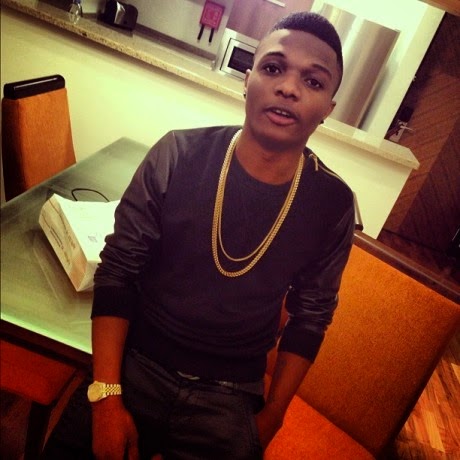 Reports from Kenya have it that Starboy, WizKid was arrested in Kenya over the weekend for possession of marijuana. The report by  Standard Media Kenya has it that“Wizkid was caught smoking ‘weed’ inside the hotel in which smoking is prohibited. The hotel’s Front Officer asked him why he was smoking before the two got into a heated argument attracting security officers who ended up calling the police to arrest him.”

Before police officers cuffed him and drove him to Capital Hill police station where he was quizzed, the hotel had already charged him with Sh50, 000 smoking penalty, which he paid through his credit card. Coming to his rescue was his newly found Kenyan flame Victoria Kimani, who followed him to the police station shortly after he had been arrested.Victoria had been with the singer at the hotel the previous day.

WizKid has not made any comments about the report, neither had Victoria Kimani who was alleged to have helped resolve the issue with the Police. He was said to have paid a SH50,000 fine to the hotel also.For those who know WizKid we know he’s not one to shy away from the blessed grass. Now whether or not he took it a step further like the reports have it, is anyone’s guess.