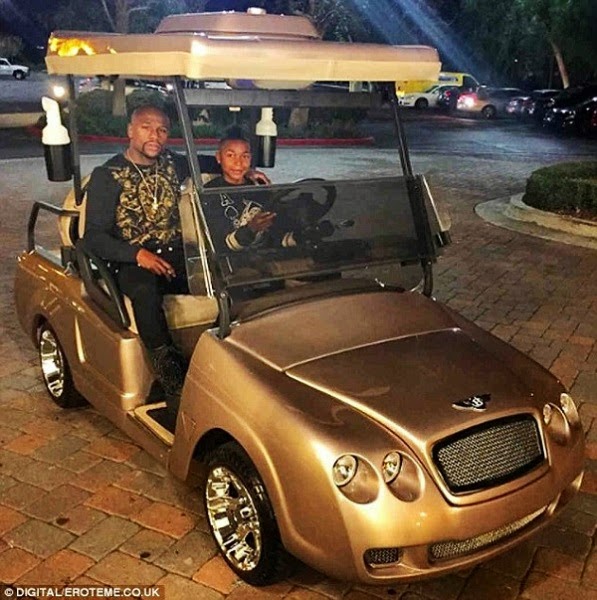 World’s richest sportsman, Floyd Mayweather has
gifted his 15-year old son, Koraun Mayweather a
gold Bentley golf cart as he turned a year older. The American professional boxer, whose annual
salary is estimated at $105m, took to his Instagram
page on Saturday, November 15, 2014, to share a
photo with his son as they pose in the gold Bentley
golf cart.
He captioned it: ‘My son @kingkoraun wanted a
Bentley golf cart for his 15th birthday so I made it
appear. Stay on the look out for his gift for his 16th
birthday!’
Floyd Mayweather, who is also the highest paid
athlete in the world on Forbes’ list, is currently undefeated as a professional and is a 5- division
world champion, having won ten world titles and the lineal championship in four different weight classes.