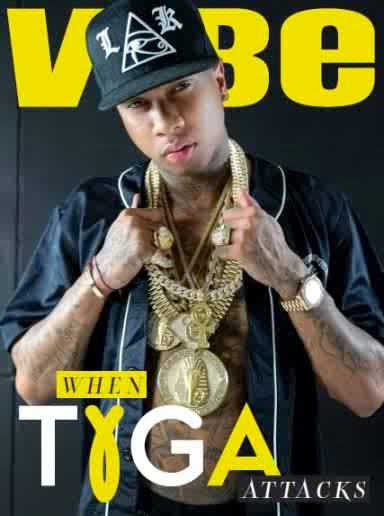 In a recent interview done with Vibe Magazine, he was naturally asked about his forthcoming album, and the creative process. Throughout the course of the discussion, Tyga went into detail admitting he distances himself from Young Money, and the reasons why (hint: it involves Drake and Nicki.) Check out the shots after the jump.

Is Young Money a part of the creative process on this album?

Nah. I tend to distance myself from them.

Are you trying to break out on your own?

I don’t like Drake as a person. He’s just fake to me. I like his music; you know what I’m saying? I think his music is good, but we’re all different people. We were forced together and it was kinda’ like we were forcing relationships together. It is what it is. But I been friends with Chris [Brown] for like six years. That’s my real genuine friend. We hang out all the time. He lives up the street from me, so we don’t just do music we hang. I think being signed to Young Money, everybody felt like they had to force a relationship ‘cause Wayne put us together. At the end of the day the reason why I signed to Young Money is because of Wayne. Not because of Drake, not because of Nicki. It was because of Wayne and my relationship with him. I try to be cool with everybody, but sometimes, everybody just has different personalities, motives, and different characters. When you realize that, you realize that’s not a place where you want to continue to grow.

Interesting interview, especially given the recent exchange of tweets between Tyga and Young Money President, Mack Maine.
What do y’all think? 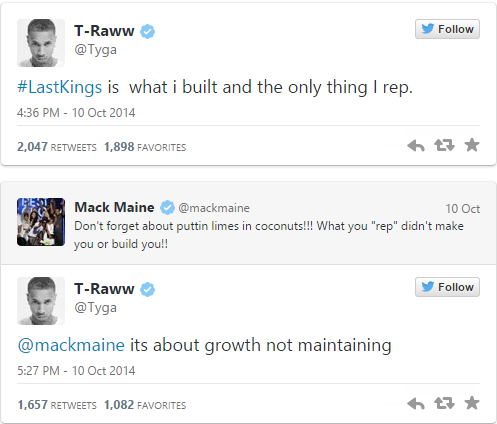