Eye Six One is no longer a new name in the entertainment scene since winning the peak talent show abuja regionals in 2011.

A lot of buzz has been goin on about a single called #OmoTohDun(FujiRemix) that is set to drop on Friday 21st February 2014. The song is a remix of the original song #OmoTohDun that leaked online a few months ago.

The Single features Vinciquest and Davinci of Eye Six One and is produced by fast rising producer B.O.BAWZ 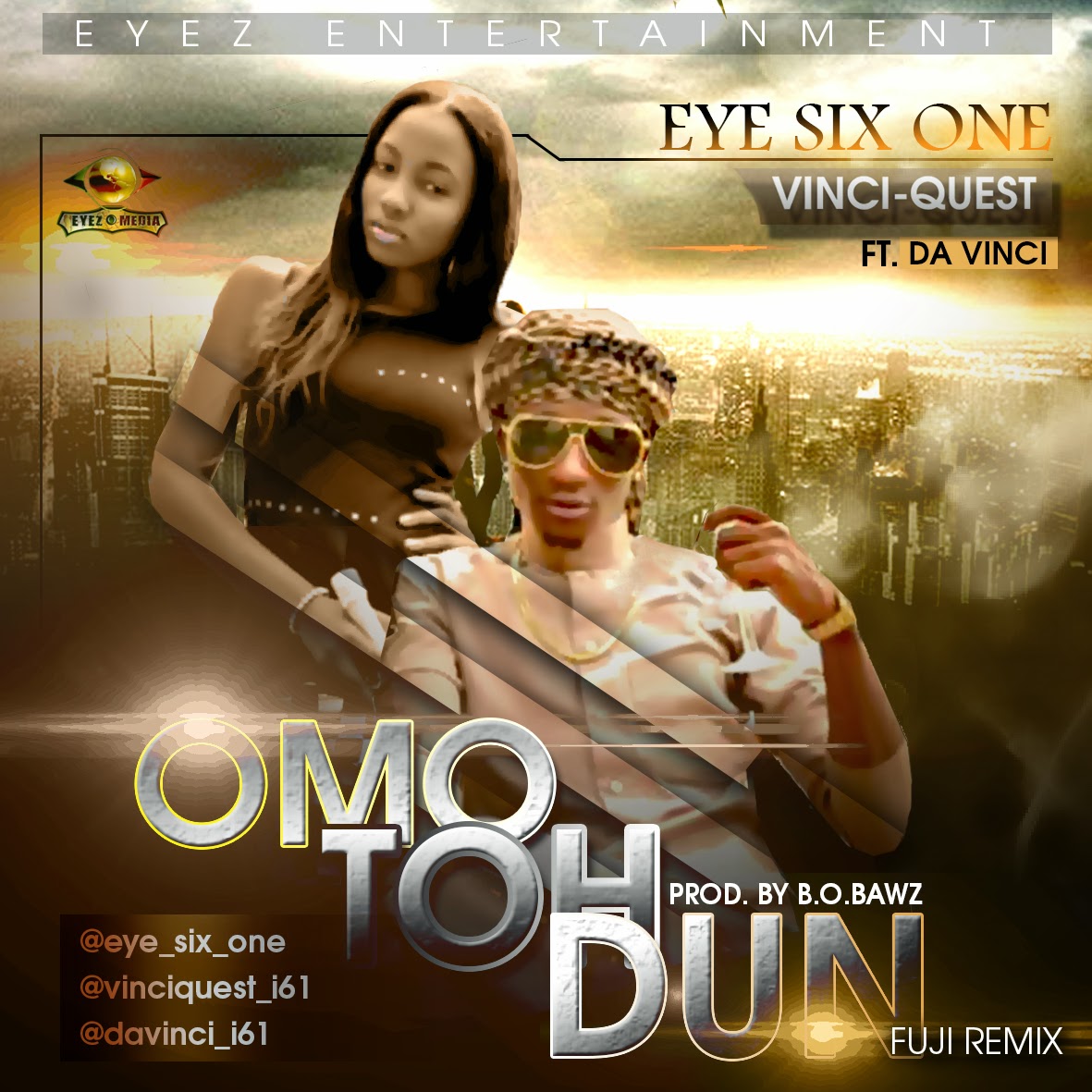