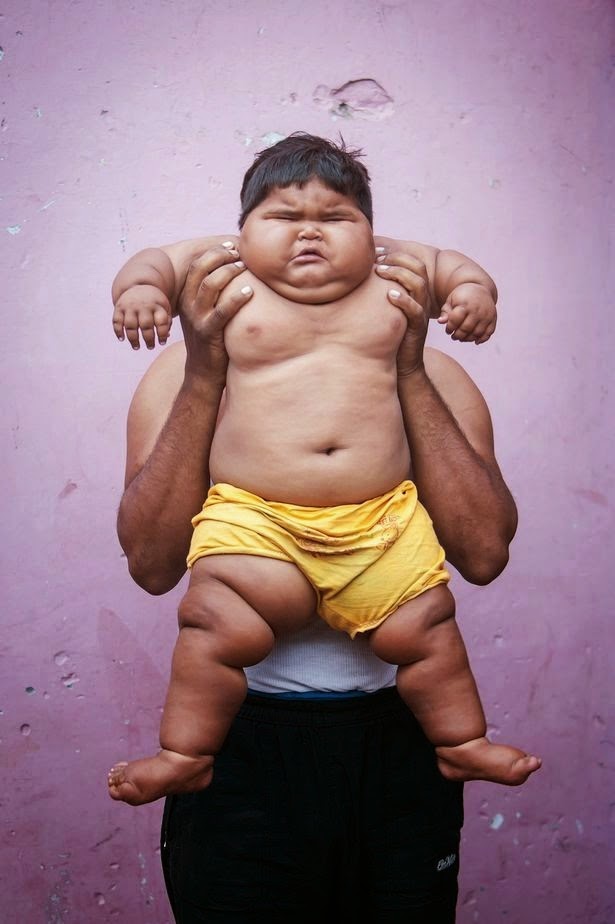 A ten-month-old baby has weighed in at a whopping 2st 13lbs – making her one of the heaviest children in the world for her age.Aliya Saleem, of Jharkhand, India, was born at a relatively large 9lbs, then began to rapidly gain weight from the age of four months – and is now as heavy as an average six-year-old girl.Her parents are worried about her health, after another of their children died aged just one-and-a-half after gaining weight in a similar fashion.The girl’s mother Shabana Parveen, 25, said:

‘A few months after her birth, she starting gaining weight. We had to buy her a new pair of clothes every two weeks because the old ones become too tight for her.’She has become very heavy. My husband comes home very late from work.So all through the day, I have to do household chores and also look after Aliya. It is difficult because she cannot even sit still on her own.She keeps crying throughout the day. She wakes up at night abruptly and also she cannot breathe properly.’

Her father Mohammad Saleem, 28, said:‘We have tried our best, but we could only afford to take her to the local hospital. 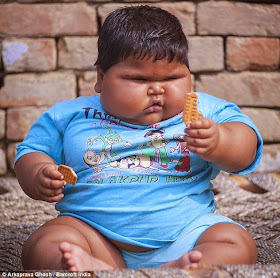 ‘The doctors in the village could not tell us clearly what she is suffering from. We took Aliya to a doctor in Ranchi. After the check up the doctor suggested that we go to another city, but we couldn’t afford that so we didn’t take her. 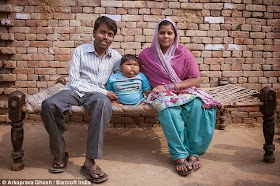 Her daily food intake, according to Mrs Parveen, is three times that of a normal child – putting a severe strain on the family’s finances.‘We have limited means, so there are instances when I have to borrow money from relatives or friends to feed the family and Aliya,’ said Mr Saleem, who works as a tailor – earning less than £3 a day. 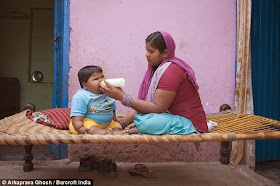 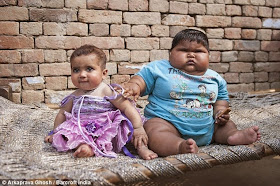