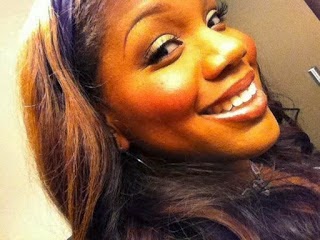 Sarah Jakes, daughter of the popular Bishop TD Jakes a respected pastor has finally opened up about some bad spots in her past and the struggles she had when she got pregnant at the age of 14.

“I was terrified. You have this idea of ‘I’m going to get in trouble,’ like ‘I’m going to be grounded forever’ because you have nothing else really at that point to compare it to.

“My parents were speechless. I mean, my father was a preacher, who speaks for a living, and he was speechless. And that’s when it dawned on me that this was so much bigger than being grounded. [I was] bringing a life into the world and while I certainly had other options, whether abortions or adoptions, there was something inside of me that said I could do it.”

Rather than telling her parents the news, she left a letter in the family mailbox and her sister told her parents for her. She says that their reaction really hit her to the core and that they were shocked.

Sarah who is married now, wrote a book called “Lost and Found: Finding HOPE in the Detours of Life” and she details the troubling teenage years she had to endure as a young mother. She says at the time she summoned courage to talk about her past, her husband was having a child with another woman.“I started blogging about three years ago and at the time, I was married and my husband was expecting a child from another woman. I really wasn’t sure that I wanted to make the decision to divorce or to even put that part of my life out on a blog but I knew I had this pain and these emotions,” Sarah told theGrio. “I was angry with God, I was bitter, and I just wanted to write about it.”The African American community are supporting because they are happy that she is willing to share her story.“In my case, you’re pregnant at 14, your stomach is growing, you’re sitting in a church, within service and people want to know who the father is and how it all happened. I mean that pressure very much made me want to hide and I became comfortable being an introvert,” she added.Sarah says her morality was questioned by other church-goers who felt she was a hypocrite for having a child at such a young age. She says she knows she is going to be judged but she move forward anyway.Her father, Bishop TD Jakes tried his best for the scandal not to affect his career and today they are all ok.