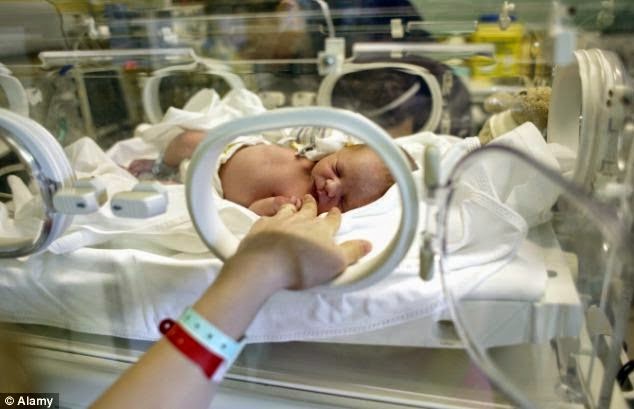 A 12-year-old girl has given birth to her 13-year-old boyfriend’s baby – making them Britain’s youngest parents, it was revealed today.The girl, who cannot be named for legal reasons, had a daughter last weekend after conceiving when she was still at primary school.She was 11 then, and is now in Year 7 at school. Her boyfriend, who also cannot be named, is in Year 9 at another school.The pair have the lowest combined age of any British parents on record. She, at 12 years and three months, is five months younger than the UK’s previous youngest mother, Tressa Middleton.At 27, the girl’s mother, who was a teenage mother herself, is also now one of Britain’s youngest grandmothers.The parents, from North London, have been in a relationship for a year and say they are ‘totally in love’. They met over Christmas 2012 when she was ten and he was 12, it was reported.The girl’s father told LBC Radio:  ‘We only found out she was pregnant a month ago. That means she was eight months pregnant. The baby is going to come into the world no matter what.‘You can just be supportive about it. The families on both sides are going to be very supportive about it. It is heartbreaking, but you can’t turn back time. You can only go forwards.‘We don’t know where it happened. What you’re implying is that we knew they were having intercourse in bedrooms. No. We cannot keep her wrapped up her whole life.‘I can’t keep a watch on her 24-hours a day, seven days a week. You don’t know what has gone on and once the mistake has been made, you just have to support them.’Yesterday, the new mother – who has a three-year-old sister and a nine-year-old brother – reportedly went to a register office to register the birth with her own mother and another woman.